What do the world’s religious traditions teach about the position of the human soul?

The position of the soul in Buddhism 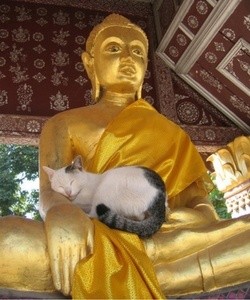 The original Buddha’s teaching, written in the Pali canon, represents the purest testimony of self-consciousness of the soul in this world.

It is the teaching that the body, feelings, states of mind and thought are not our permanent or essential character. Тhat is what the soul realizes after the release from the body.

When the soul realizes itself during the life in the body, then the man is enlightened or awakened. Then, as a soul, he sees that he was not even born, nor can he die.

In order to conceal this purest testimony of the true nature of the human soul, a great effort was made to distort and portray the teachings of Buddha as a “soulles religion”. This work was done by Masonic translators of Buddhist texts in Western languages.

The Buddha did not speak of the soul as our lasting property, for it would thus have the opposite effect, when something like that is said to an unenlightened mind, then it confuses the information about it with the knowledge of it, and makes a religion or a dogma out of it.

In Buddha’s time in India, there was a great deal of learning about the soul of man, from materialistic to animist, and it is understandable that he had to negate all that nonsense when asked about it.

On the other hand, it is not necessary for the soul to convince itself that it is what it is. Buddha was simply teaching about the awakening and the practice of revival. And nothing else.

This practice takes place only by awareness, i.e. by distinguishing pure consciousness from everything that it is not. He said that there was nothing permanent in anything, and it is what physicists say today, but he did not point to nonsense, but to the true nature of existence and, indirectly, to the consciousness that recognizes it, which must be independent and objective in relation to all that it realizes.

The consciousness with which a person becomes awakened in Buddhism is the consciousness of the soul. He spoke clearly against nothingness and against eternalism, against any kind of substance. He talked about the middle path, i.e. the path from the center, the path of purification from all attitudes and viewpoints, the path of revival.

He spoke only of objective consciousness and practice for its consolidation. Such independence and objectivity in comparison to the whole existence, only the soul of а man has. It is also the only one that encourages the principle of the consciousness.

A Buddhist view of the world is the view we have when we return to our original state of soul after the physical life.

The position of soul in Advaita Vedanta 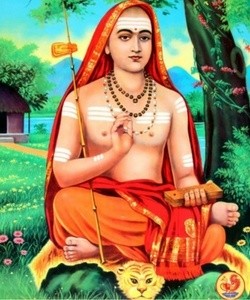 In addition to Buddha, Adi Shankarawho is the founder of Advaita Vedanta, clearly speaks only of soul and its distinction – especially in the works the Self-Knowledge (Atmabodha) and the “Jewel of Difference” (Vivekacudamani).

These writings are necessary for anyone who wants to know himself – his own soul. Advaita Vedanta is essentially a Buddhist teaching but with a greater emphasis on the description of the goal, while Buddha’s teaching is primarily directed at practice for reaching the goal.

This is an important difference that has led to these two teachings being considered different. They are distinguished only by the conditioned mind.

The Advaita Vedanta is more concerned with pleasing the features of the mind to project its contents and to keep these projections aimed at real achievements. (This problem has been explained in detail by Jiddu Krishnamurti in his work The First and Last Freedom).

Buddhism does not allow for making cults or religions. Therefore, no one can be a Buddhist, one can only be awakened and as such testify to the truth of Buddha’s teaching.

But everyone can be a vedantin as a member of the order and philosophize about the Vedanta even though he is not awakened.

The greatest value of the Advaita Vedanta is that it definitely and correctly identifies the soul as a consciousness of itself or the Self – Atman, and that this Atman is an individual expression of Brahman (Apsolutus), the divine consciousness.

When Adi Shankara describes an enlightened man, jivanmukta, he describes the state of consciousness of the soul that we have when we completely overcome the influences of this world, whether we are still alive in the body or not.

Both Buddhism and Advaita Vedanta rely heavily on an even older study of Sankhya and Patanjali’s Yoga.

Sankhya is the most expressive and most objective science of the soul on this planet.

The position of the soul in Christianity 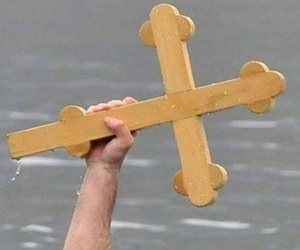 Prior to the creation of the Christian church, there were ancient schools of esoteric knowledge that have taught in detail about the soul, its nature and condition in the body, as well as the practice of liberating the soul through self-awareness (Gnosis).

They were present from Egypt to India. One aspect of their learning is that there are negative forces that condition the human life in this world while in the body, they called them Archons. They are the rulers of the world and are still ruling through their people who are especially genetically modified to serve them. They are members of the former and today’s aristocracy which own all the corporations that govern the world. In the Roman era, they ruled Rome.

In order to stop the true teaching of the man’s soul and its self-knowing, they used the action of one of the great devotees of that time, who is known under the false name Jesus, and used some of his words to create the Christian church. “A Sermon on the Mount” as well as some of his non-forged words, especially in “The Gospel of Thomas” represent the greatest truth about the soul in this world.

But they are also hard to understand because they are taken out of the context of a person’s work on oneself. Although few in number, they were able to comfort, guide, remind many people, and empower them to soulfulness in this world where the soulless are the ones who rule.

Everything else in the Bible that we have today was forged by the rulers and turned to suit their goals: that the concrete self-knowledge of the soul is averted by the subordinate mentality of the sinner, the eternal “belief” projected in the Jewish God and the authority of the church institution.

The living truth testified by Jesus has been turned into a religion, which even openly tells people that they are slaves. And people accepted it. Not everyone and not immediately.

All those who have not been deceived were massively murdered and persecuted as “heretics”. Some later separated themselves as the Orthodox Church and managed to preserve something from the original teachings of Christ about the soul, but this is above all owing to the innate Slav mentality, and not just the ecclesial learning, the spirituality that comes from the very people who in spite of everything managed to understand something about the true teaching of Jesus thanks to the true monks, the vassals.

The knowledge of old schools about the soul has been partly preserved in what is known as the “esoteric Christianity”. Some of it was successfully conveyed to us by G. I. Gurdjieff.

The position of the soul in other religions

Other religions do not deal with the human soul at all, revealing its true nature and purifying its presence is not their concern.

The so-called “ethical religions” – Islam and Judaism – are completely focused on controlling the mind and the body, not on the liberation of  soul.

In them, the control of the mind serves only to enslave the soul while it is still in the body, while spirituality is only verbal and ritual. In essence, wherever ritualism, fanaticism and exclusivity prevail, the mentality is usually suppressed.

Ethical religions, Judaism, Islam and partly Christian fundamentalism, are primarily devoted to the culture of behavior and awareness of the body. It is the lowest form of religiosity and belongs to the basic education of the people in this world.

They contain in detail, everything that a man has to do every day of his life, from getting dressed and eating to his way of thinking when it comes to all the general questions as well as the world, life and cosmos.

Without this, immature people are lost and distracted. That is why these religions are strict in their beliefs, for their unbelievers and apostates are punished by a death penalty or expulsion from society.

Therefore, it can be said that they have lifelong slaves with programmed minds, and not believers. They had to be strict because they were intended for completely unconscious and immature nations.

These religions therefore had their great justification in earlier times and have it partly today as well, but over  time and the merging of the collective consciousness, culture and education, they are becoming increasingly less necessary and even a factor of limiting the development of civilization.

Hence, there is conflict between civilizations based on the conflict of these religions that restrain life and drag it backwards with modern civilization that strives for the greater freedom and awareness of people.

Other religions are mostly animistic, which means they either don’t have a soul for the content or are degrading it to the animal nature.

In such nations there is a belief that the soul after death, goes into the world of animals and demons.

About the nature of the soul itself – it is an individual expression of the divine consciousness that enables and creates everything – and what the position of the soul in this world is, it can all be seen in more detail in my book Soul Guide On Planet Earth.