After the murder, much can happen to the soul, and it depends on many circumstances.

Everything depends on whether this death was planned or not.

All deaths can be divided into planned and unplanned ones. The soul here does not experience what it has planned, it participates to a high degree in the freedom that opens all possibilities. The freedom of unforeseen events is what strengthens the consciousness and will of the soul in this world, and this is ultimately what awakens it for the final awareness of itself. There are also the influences and plans of other souls, and they can sometimes intertwine, or even conflict.

The souls plan the death of their body in various ways, often by illness, accident or murder. In a smaller percentage, the souls allow the body to grow old and remain at its full potential. First of all, because aging is negative in every way, and when it comes to maintaining awareness in the body, it is only a source of difficulties that does not bring any benefits. The exception is if it is needed to some other soul (person) as a helping hand. In that case, it will stay on for as long as possible. Also, if it is needed to bring someone negative assistance in the form of coercion and pressure, the negative experiences this other soul needs to go through. Every life depends on the plan and purpose.

If such a violent death had been planned all along, there should be no problem for the soul in its further development, in the planning of the next life, or new incarnations. It will continue as it would otherwise continue due to a different death.

If death by murder was unplanned, then there are problems that the soul faces. It was thus interrupted first in a plan to gain experience. It is expelled from the body and the program of its karma for the current life is still powerful. The body no longer exists and the program still has the energy and the desire to continue. That’s why confusion may occur, but the intention is to quickly make up for a mistake and continue with the already activated program. That is why such souls are relatively quickly incarnated again, also often in the same time and space where their previous life was interrupted.

There can also be a vengeful reaction of a soul that is forcefully thrown out of the body. Many killers testify that they cannot live normally after the crime was committed, and that they were being persecuted by the dead person they had killed. It can be so intense that the dead ones help to resolve their case by discovering the killer. They don’t do it so much for themselves as they do it to prevent the occurrence of such problems to others. Moreover, to help the initiator of the crime to learn more about himself and the nature of his actions, so he can exit the negative state faster.

Furthermore, an unplanned death, especially if it had been committed by a murderer, and not by accident, confronts the soul with the problem of violence. If it were not related to the experience of violence itself, it can come as a  shock, but not only from the perspective we are accustomed to here, following our set pattern of  projecting experiences through the subject-object relationship, whereby we experience our experiences directly, and those of others we only engage in indirectly and partially. 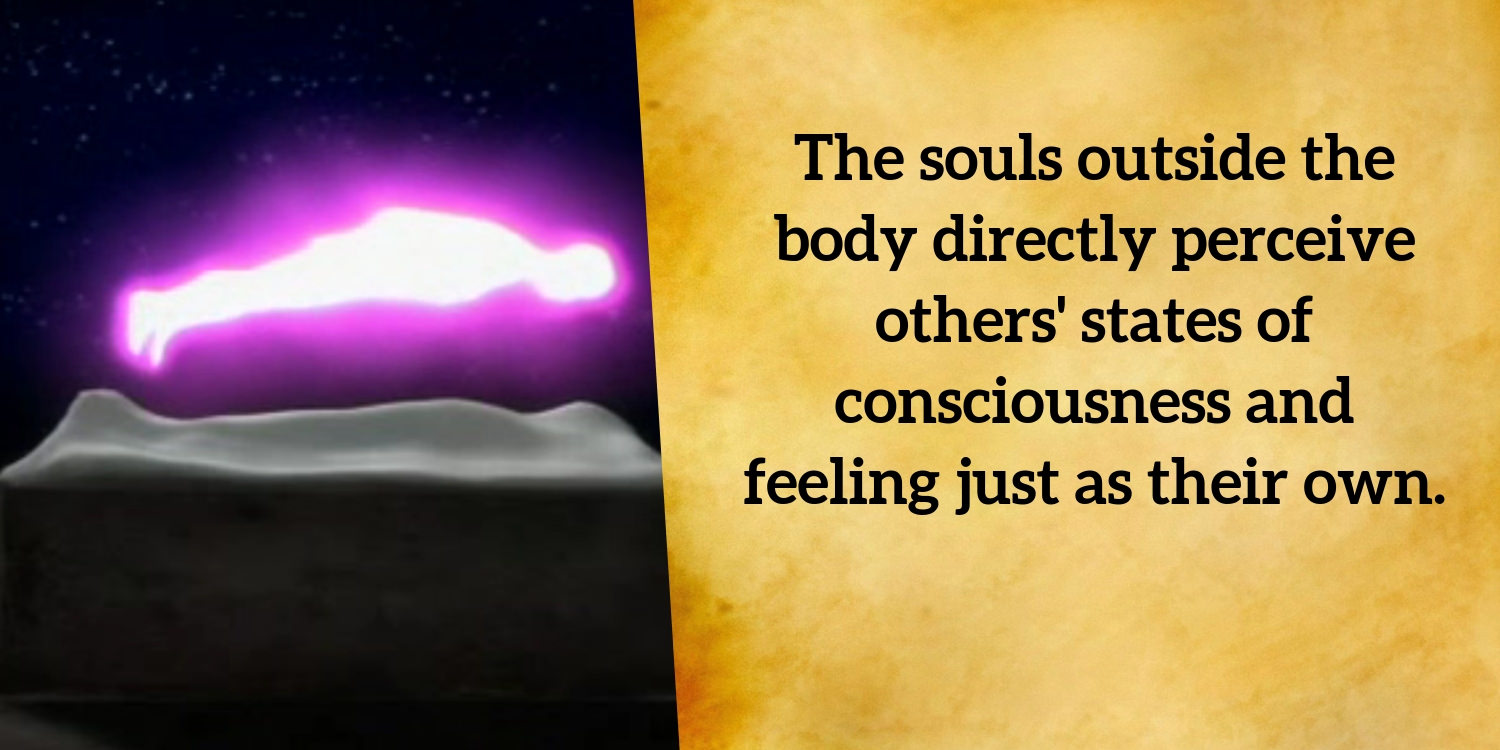 What happened to a murdered person’s soul

The souls outside the body directly perceive others people’s state of consciousness and feelings just as their own. The souls feel all that others have experienced when something was done to them. Therefore, the condition of the narrowed consciousness of the one who committed the murder of the body the soul  inhabited, affects it far more, it clearly sees all the consequences of that act, decline, and the difficulty of the soul to overcome its negative state. The fate of the offender rather than that of the victim always has a stronger effect on souls.

In the light of soul consciousness, the offender is always the true and the biggest victim of violence.

Often, more lives are needed to correct the mischief that leads to violence and evil. Therefore, the offender in question  will have to experience all the suffering he has caused to others, because he also gets a far higher awareness and perception between the two incarnations.

From this perspective, it can be clearly seen that the very idea of ​​killing somebody can only come about during the complete identification with bodily awareness, in complete oblivion of consciousness of the soul. Violence toward others is in exact proportion to the loss of soul consciousness. It is a clear sign of unconsciousness.

All this once again, depends on whether this other person who committed the murder of the soul did so because of the negative state of his/her own consciousness, his/her attachment to lower states, or it was done as a part of it own learning and awareness programs. The souls go through all the possible experiences in the body, in spite of the violence they commit or was committed against the bodies that were inhabited by them.

Experiences of violence, even violent deaths as such, may well be best understood by analyzing the situation of the control of the body by the consciousness of the soul. Namely, in every human life, there is a fine struggle between the balance and influence of the soul consciousness over the body that has its program of implementation and action, and its primitive consciousness. That program of action of the body is conditioned by organic life and astrological influence of a wider unity.

The science of astrology shows the details of this program. This knowledge helps the consciousness of the soul to understand what kind of influences can be expected from the body. The soul cannot always get the body that suits its needs, sometimes the body is difficult to control and the soul gives up on trying to overcome it. This happens rarely, but it can happen. This fight is what we all know as a conflict between the spirit and the body, the higher and the lower nature, free will and destiny.

The soul itself is never completely incarnated in the body. That is why it is always essentially free, so whenever we leave the body we find ourselves in a far higher state of the consciousness of the soul, much closer to the divine source than it could have ever been in the body.

To get comprehensive information on soul check out my article everything for the soul.

You can learn more about the challenges of the soul in this world in the book: Soul Guide On Planet Earth.